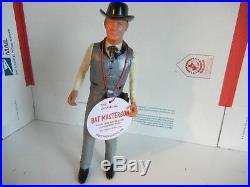 With touch ups needed looks very nice needs nothing but displaying nice! My husband has been collecting Hartland figures sports and non-sports, cards for pretty much the entirety of his life, and we are now at a point where it is time to sell some of them. His collection is just huge so I will be periodically putting up new listings.