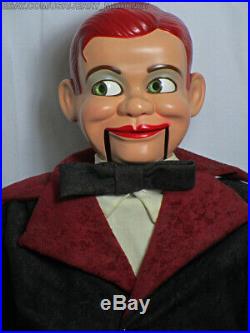 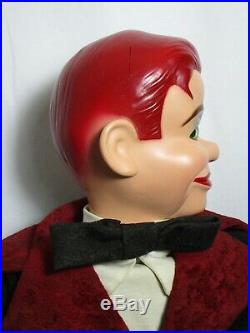 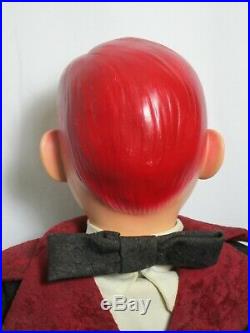 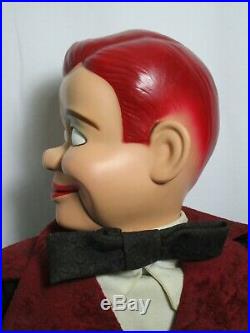 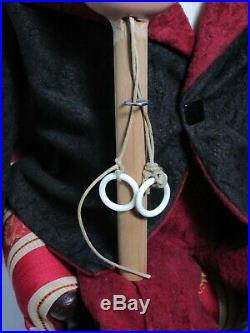 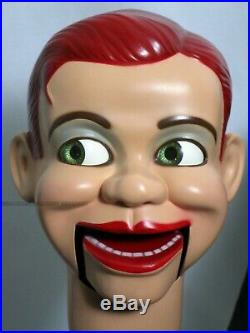 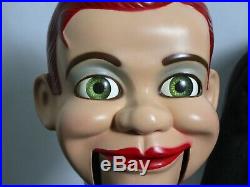 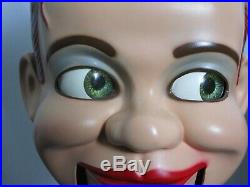 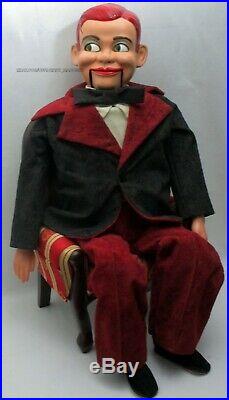 Date of creation: 1960's. This Jerry is a combination of your typical moving eyes Jerry head, and the very rare 1967 Charlie McCarthy body, which is exactly the same as the bodies given to the Jerrys except for the crushed velvet clothing. The Jerry head, and Charlie body, are all original with no replacement parts. The head and eyes were cleaned using a method that does not cause any damage to the original paint. The control post, and even the metal hook screwed into it, were also cleaned.

The chair is not included. This Jerry's mechanics have been adjusted to compensate for deformation, and now work perfectly.

(For context, all Jerrys made from 1958 to 1966 were made of plastic less capable of retaining their original shape, finding one that has still retained 90% of it's original shape is nearly impossible nowadays) The paint on the very top front of the head has been touched up, along with a small section on the bottom of the lip. These touch ups are barely visible, and can only be noticed when looking directly at them under certain lights. The item "Moving eyes JERRY MAHONEY Ventriloquist dummy puppet figure doll Paul Winchell" is in sale since Monday, March 16, 2020. This item is in the category "Toys & Hobbies\Vintage & Antique Toys\Character". The seller is "jerry_mahoney" and is located in Highland Mills, New York.

This item can be shipped to United States.