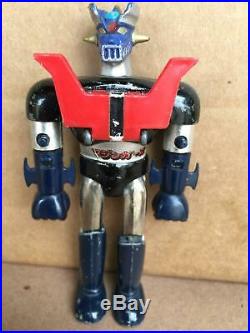 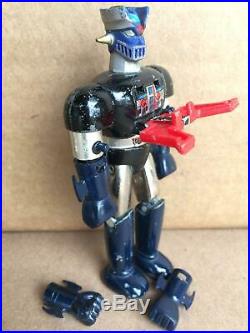 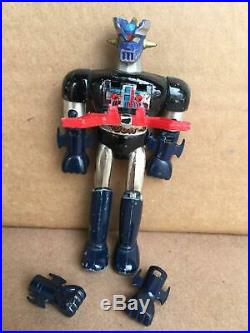 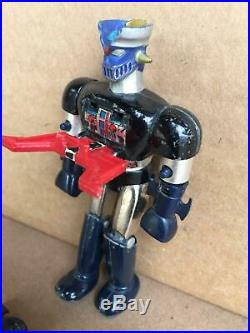 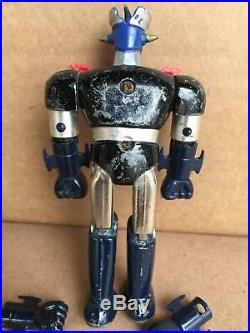 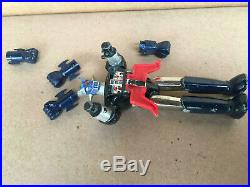 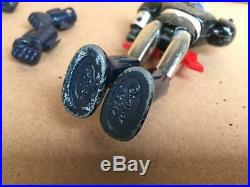 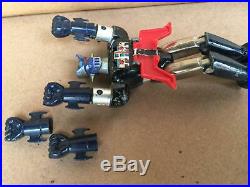 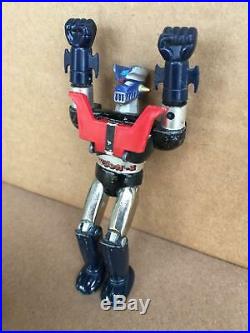 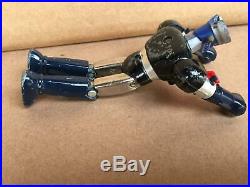 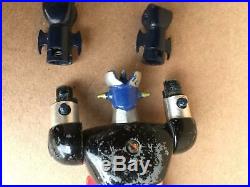 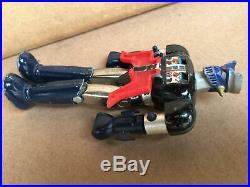 This toy was found as is, and has working firing fists or Rocket Punch hands, and an extra set. Both sets of Rocket punch hands have springs and work, and are sets with correct left and right hands. The fists alone are worth 55 a set. The toy was found without any other accessories.

Good shape with some paint loss, will stand on its own, joints not overly loose. See my other vintage space robot transformer toys, and Mattel Toys like this.

Jumbo Machinder Series vintage Godaikin 1970s 70s figure figurine anime Robot figures Grendizer Ishimori PRO TV Asahi Toei Dynamic Kikaku Toei Doga. Similar to models: Great Mazinga - Poseidon - Gaiking - Dragun Raider - Grandizer - Combatra. 1LB weight Condition Some wear as pictured , as found not cleaned. Hell unleashes his robotic Mechanical Beasts on Japan, Professor Juzo Kabuto develops his own giant robot, Mazinger Z, made from a mysterious alloy called Chogokin, to take them on. However, the professor is killed by one of Hell's henchmen, so it's up to the professor's grandson, Kouji, to command the robot and save Tokyo.

Mazinger Z, created by Go Nagai, debuted in 1972 as both an anime and a manga. The series was influential on many levels, most notably because it introduced the concept of a human pilot inside the giant robot, unlike the external remote controls of Tetsujin 28-go and Giant Robo.

Kouji used a small hover craft that locked into Mazinger Z's head, which not only controlled the robot's motions, but also his arsenal of special weapons, like laser beam eyes, heat rays from his chest plate, and the now genre staple, "Rocket Punch, " which launched the robot's fist towards the enemy. The show also featured the first female Super Robot, Aphrodite A, a very un-P. Heroine whose only special attack was to fire missiles from her breasts.

In addition, toy company Popy borrowed the word Chogokin to name their line of die-cast metal Super Robot action figures that were incredibly popular in Japan through the 1970s and early'80s. The anime made its way to syndication in America as 1985's Tranzor Z. However, it didn't get much traction, because network censors demanded the show be heavily edited for violent content, rendering some episodes virtually unwatchable. Overseas, Mazinger Z was followed closely by two sequels, Great Mazinger (1974) and UFO Robot Grendizer (1975), which starred different robots but tied the shows together with common characters to create the Mazinger Trilogy.

It went on hiatus until the 1984 anime, God Mazinger, but has pretty much been in some type of manga or anime ever since. The item "Vintage Popy Mazinger Z Shogun Warrior Power Ranger Go Nagai robot toy figure 70" is in sale since Tuesday, January 7, 2020. This item is in the category "Toys & Hobbies\Action Figures\Transformers & Robots".